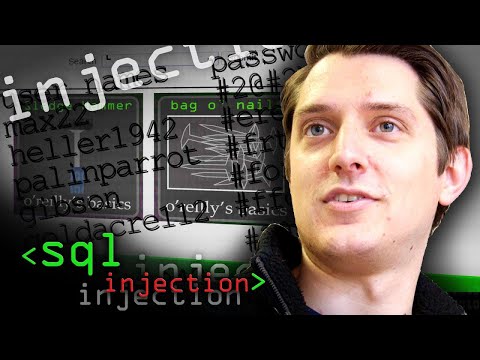 Netsolus Mines on Your Hardware for Fun and Profit

On 12/22/2013, while administrating the Bitcoin controller network at the Netsolus data center, I discovered that at least 13 client bitcoin miners, on the "Crow's Nest" floor, were being hijacked and used to mine on the Eligius account 1PuPn9kVrBx5kFGoWbc58CEo7s4XQd1jgu. Checking that account I found that about 2 BTC had been paid out to it. I correlated this activity with a particular workstation, belonging to a particular employee, during that particular employee's shifts. There was little doubt as to who was doing this. And it didn't seem like something hard to solve. But then things got weird.
Right after I pull the encriminating logs, Delivery Man shows up at the NOC to relieve me and I inform him what I 've found. He says the last thing he wants is "for your first experience in IT to be this cloak and dagger shit. Rogue Admin is a dangerous guy; he carries a gun." Delivery Man wanted me to look the other way. But I told him that was ridiculous. So, he says he'll go upstairs and ask the three owners if they "want to know." And apparantley they do "want to know." So, I go upstairs.
I present the evidence to the three owners in a private meeting and they all agree that the employee in question will be fired. Furthermore, they acknowledge that my safety is dubious until this is sinched.
The next morning, Delivery Man invites me out to the spa. And it's there he tries to persuade me to just covering the whole thing up. And he gives a great motive for doing so: the company itself, not just the Rogue Admin, is also stealing from clients with workers like 'taran' and 'WhiteMountain' in slush's pool – workers who have made far more than 2 BTC, workers that churn on at least 1 TH round the clock. The Rogue Admin knows this, so even confronting him is out of the question.
My next shift, COO comes down insinuating the same thing: the Rogue Admin can't be fired. He insists that instead I should just install more thorough monitoring software, placating me. He tells me to put the linux tool snoopy on all the controllers, but not on "Black Mesa", the secret, supposedly far-away, location, staffed by an under-the-table employee, where hardware is shuffled to and from by Delivery Man every few weeks. (Yes, it really is called "Black Mesa.")
So I put up the faux-monitoring, but not on Black Mesa, and then resume auditing the network as I had been, trying to build a catalog of all the hardware.
On New Year's Eve, the Crow's Nest has a brownout. I call On-Call Engineer and explain the situation. Eight hosts were down and other hosts were unstable, but it wasn't too bad. We'd only lost partial power. On-Call Engineer appeared shortly thereafter and turned the entire floor off. I told On-Call Engineer that all some 50 clients were down and he said that he knew and it was going to be at least a few days until they were back up because there was some “antique part” that "exploded" in the basement and they had to special order it.
The next night Delivery Man packed up a bunch of hardware from that floor and moved it to Black Mesa. I called building maintenance to check on the status of the power and they told me that he had talked with On-call Engineer about this a day ago, that there was no basement problem, and that it was instead a break in the line near the floor itself. So much for correlating hardware and clients. And, seriously, did someone actually cut power to feighn a brownout? Really? I couldn't believe it.
On 1/6/13 I show up and my security credentials are revoked. They say its a "SOX compliance audit"-mistake. My supervisor and COO both come down with me into this little room, where I am literally cornered, and they start asking why I'm asking so many questions about where hardware goes in the middle of the night, and what kind of severance I want. I have a panic attack.
I ask to leave. COO tells me I have to stay. He just keeps pressing and pressing me. It's an interrogation. He wants to know what I know. I'm very upset. I finally get out, go downstairs to the lobby, and wait for a taxi. Then CEO and COO come down and pressure me again; more questions, more offers of severance, despite me asking to be left alone and being very obviously upset. Finally they yield and I get to go home.
Over the past month or so I've filed a report with the SEC, talked to two lawyers, two journalists, and the US Dept. of Labor. Everyone blows me off. They hear "Bitcoin" and just stop listening. Meanwhile who know's how much money is being quietly lopped off of clients earnings.

Want to sue BFL too? I purchased a 1 year hosting contract, this might be important to you too!

Can I sue Butterfly Labs bitcoin mining hardware company?
I purchased a 1 year hosting contract from BFL, the order is still processing.
A hosting contract is a service where the company, or another company in connection with Butterfly Labs host the mining hardware for you and you earn bitcoins for 1 year.
The problem is that in their FAQ page, they refer to a company, website: kcmocolo.com. However, when you try to go to that website, it redirects to another company, called netsolus.com. I spoke with netsolus.com customer service, they said that they are not going to host for BFL, and that, as the customer care rep said, BFL might be hosting its own miners.
So the question is, will BFL actually host its own miners?
If they are not, then I might just had lost my money, since the 1 year hosting contract is a pre-order.
But, if BFL is being sued by this other guy, then could I still have a way of claim damages if BFL does not deliver service, even though it was a pre-order?
Link to other guy that sue: http://www.reddit.com/Bitcoin/comments/1u4v0o/i_sued_bfl_in_kansas_jurisdiction_and_won/
Don't know, and it does not say, whether that person's lawsuit relates to a 1 year hosting contract or the purchase of bitcoin miner.
If I can sue BFL, I want to sue for damages and attorney's fee paid by them, for the incurred lost, that is in the event they don't deliver service.

http://www.moneyandtech.com/apr10-news-update/
Here are your top news stories today in Money & Tech:
Bitcoin prices plunged again today, this time as much as 10%, as more Chinese banks confirmed rumors and sent out official deposit shutdown notices to bitcoin businesses, including exchanges BTCTrade, BTC100.org and Huobi. The People’s Bank of China, however, continues to offer no official statement. And BTC China CEO Bobby Lee confirms that they still haven’t received any official word, maintaining their promise to operate in full until they do. Lee reiterates that this is not the end, but rather “a cooling off period,” and that they “are still very excited.”
April 15th is also a big day for the US. Tyson Cross of Bitcoin Tax Solutions is partnering with BitcoinTaxes, to create the first specialized preparation service for cryptocurrency users and help them navigate the recent IRS tax ruling. The new service will automatically monitor purchases and mining income through the blockchain, then calculate short-term and long-term capital gains, and prepare your tax files, all while offering expert tax advice and planning throughout the process.
Bitcoin startup Libra is also building a user-friendly tax solution, which can automatically track your transaction history and calculate your capital gains in accordance with the new IRS regulations. Libra won’t be ready to launch until the third quarter, but founder and CEO Jake Benson promises it will at least be ready quote “in time for the extended tax deadline, so we advise everyone to file for an extension this year.”
Brazil digital currency exchange BitInvest is introducing a new pre-paid MasterCard called the Coincard which actually holds bitcoins, and can be used at any location that accepts MasterCard. This launch date hasn’t been announced yet, but will be timed nicely with the upcoming World Cup, allowing visitors coming into the country for the games to buy things during their stay without the hassle of exchange rates.
Netsolus announced at Inside Bitcoins NY this week that it has begun creating a custom data center for industrial mining customers, which will “be bringing close to 20 megawatts online.” 1 megawatt alone would be enough to power 1,000 homes. The hosting and data center provider already earns 75% of its profits from bitcoin customers, and offers a total of about 3 megawatts of power capacity across its existing five data centers and various custom bitcoin mining sites.
Law and Business school professors at NYU are designing a new course for this coming Fall term called “The Law and Business of Bitcoin and Other Cryptocurrencies” which would join similar programs such as Khan Academy’s online course “Bitcoin: What is it?” and in Cyprus, the University of Nicosia’s digital currency master’s program.
This year, annual tech startup award show The Europas is adding a brand new category for the “Best Virtual Currency Startup”. The event’s founder, Mike Butcher, who is also TechCrunch’s “Editor At Large,” is very confident about this new category, saying “you’d have to live under a rock not to realise that digital currency is potentially one of the biggest tech trends in the last 20 years.”
In our effort to bring you regulatory updates and insights this week, we interviewed CoinApex CEO and co-founder Alex Waters about his newest startup CoinValidation. Find that video here shortly.

Download bitcoin-devel-0.20.0-38-1-x86_64.eopkg for Solus from Solus Shannon repository. pkgs.org. About; Contributors; Linux. Adélie Alpine ALT Linux Arch Linux CentOS Debian Fedora KaOS Mageia Mint OpenMandriva openSUSE OpenWrt PCLinuxOS Slackware Solus Ubuntu. Unix. FreeBSD NetBSD. Support Us; Search. Settings. Solus . Solus Shannon x86_64. bitcoin-devel-0.20.0-38-1-x86_64.eopkg. bitcoin ... Solus Operating System is a Linux distribution built from scratch, exclusively for desktop systems. There is no scope-creep associated with generic platforms, and the project aims to provide a modern and focused desktop-centric solution, that is designed to keep out of the way of the user, working intuitively with virtually no configuration required. It is our mission to help customers understand, implement, and support the technology solutions for their needs no matter the size of their company. We will provide all services and solutions with the highest level of integrity and accuracy. Netsolus Consulting brings over 12 years of experience in providing cost effective IT solutions to the Kansas City market. I, Francis Crow, worked at Netsolus adminstrating their Bitcoin network. My duty, as an admin, is to the clients that entrust me with their property and information. I upheld this duty at Netsolus despite doing so being personally and financially disadvantageous to me. I have nothing to gain from lying. For these reasons I am a knowledgable and trustworthy source in this matter. Netsolus Gewinnt Schnell An Zugkraft Digitale Währung Welt Durch Hosting Maßgeschneiderte Getriebe Für Das Steigende Netzwerk. Mit Sitz In Kansas City Stammen 75% Der Gewinne Für Das Unternehmen Von Bitcoin-Kunden. Das Florierende Unternehmen Erstellt Jetzt Ein Kundenspezifisches Datenzentrum Für Große Industrielle Bergbaukunden.