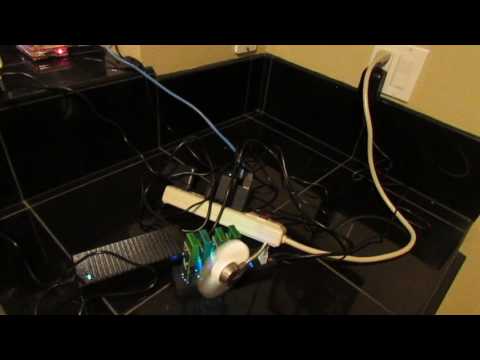 Vertcoin was created in 2014. It is a direct hedge against long term mining consensus centralization on the Bitcoin mining network. Vertcoin achieves its mining consensus solely through Graphics Cards as they are the most abundant / widely available consensus devices that produce a reasonable amount of hashrate. This is done using a mining algorithm that deliberately geared against devices like ASICs, FPGAs and CPUs (due to botnets) making them extremely inefficient. Consensus distribution over time is the most important aspect of a blockchain and should not be taken lightly. It is critical that you understand what blockchain specifications mean/do to fully understand Vertcoin.

When users of our network send each other Vertcoin, their transactions are secured by a process called mining. Miners will compose a so-called block out of the pending transactions, and need to perform a large number of computations called hashes in order to produce the Proof-of-Work. With this Proof-of-Work, the block is accepted by the network and the transactions in it become confirmed.
Mining is essentially a race. Whoever finds a valid Proof-of-Work and gets the block propagated over more than half of the Vertcoin network first, wins this race and is allowed to reward themselves with the block reward. The block reward is how new Vertcoin come in circulation. This block reward started at 50 VTC when Vertcoin was launched, and halves every four years. The current block reward is 25 VTC.
Vertcoin's One Click Miner: https://github.com/vertcoin-project/One-Click-Minereleases
Learn more about mining here: https://vertcoin.org/mine/
Specification List:
· Launch date: Jan 11, 2014
· Proof-Of-Work (Consensus Mechanism)
· Total Supply: 84,000,000 Vertcoin
· Preferred Consensus Device: GPU
· Mining Algorithm: Lyra2REv3 (Made by Vertcoin)
· Blocktime: 2.5 minutes
· SegWit: Activated
· Difficulty Adjustment Algorithm: Kimoto Gravity Well (Every Block)
· Block Halving: 4 year interval
· Initial Block Reward: 50 coins
· Current Block Reward: 25 coin
More spec information can be found here: https://vertcoin.org/specs-explained/


Why Does Vertcoin Use GPUs Then?

ASIC’s (Manufactuer Monopoly)
If mining were just a spade sure, use the most powerful equipment which would be an ASIC. The problem is ASICs are not widely available, and just happen to be controlled by a monopoly in China.
So, you want the most widely available tool that produces a fair amount of hashrate, which currently manifests itself as a Graphics Card.
CPUs would be great too but unfortunately there are viruses that take over hundreds of thousands of computers called Botnets (they’re almost as bad as ASICs).

Because mining is a race, it’s difficult for an individual miner to acquire enough computational power to win this race solo. Therefore there’s a concept called pool-mining. With pool-mining, miners cooperate in finding the correct Proof-of-Work for the block, and share the block reward based on the work contributed. The amount of work contributed is measured in so-called shares. Finding the Proof-of-Work for a share is much easier than finding it for a block, and when the cooperating miners find the Proof-of-Work for the block, they distribute the reward based on the number of shares each miner found. Vertcoin always recommends using P2Pool to keep mining as decentralized as possible.
How Do I Get Started?
If you want to get started mining, check out the Mine Vertcoin page.

Verthash is and was under development before we decided to hard fork to Lyra2REv3. While Verthash would’ve resulted in the same effect for ASICs (making them useless for mining Vertcoin), the timeline was incompatible with the desire to get rid of ASICs quickly. Verthash is still under development and tries to address the outsourcability problem.
Verthash is an I/O bound algorithm that uses the blockchain data as input to the hashing algorithm. It therefore requires miners to have all the blockchain data available to them, which is currently about 4 GB of data. By making this mining data mandatory, it will become harder for auto profit switching miners — like the ones that rent out their GPU to Nicehash — because they will need to keep a full node running while mining other algorithms for the moment Verthash becomes more profitable — the data needs to be available immediately since updating it can take a while.
Over the past month, we have successfully developed a first implementation of Verthash in the Vertcoin Core code base. Within the development team we have run a few nodes on Testnet to test the functionality — and everything seems to work properly. The next step is to build out the GPU miners for AMD and Nvidia. This is a NOETA at the moment, since we’re waiting on GPU developers which are in high demand. Once the miners are ready, we’ll be releasing the Vertcoin 0.15 beta that hardforks the testnet together with the miners for the community to have a testrun. Given the structural difference between Lyra2RE and Verthash, we’ll have to run the testnet for a longer period than we did with the Lyra2REv3 hard fork. We’ll have to make sure the system is reliable before hardforking our mainnet. So the timeline will be longer than with the Lyra2REv3 hard fork.
Some people in the community have voiced concerns about the fact that Verthash development is not being done “out in the open”, i.e.: the code commits are not visible on Github. The main two reasons for us to keep our cards to our chest at this stage are: (1) only when the entire system including miners has been coded up can we be sure the system works, we don’t want to release preliminary stuff that doesn’t work or isn’t secure. Also (2) we don’t want to give hardware manufacturers or mining outsourcing platforms a head start on trying to defeat the mechanisms we’ve put in place.

You really want to run the bitcoin full stack :) I am not exactly sure, but you should find on the google titorials about connection those asic miners with your full node. You have a bitcoind an a raspbian/debian linux in the local network .. sound not to exotic. Would appriciate if you share the results of your experiment. Bitcoin Solo Mining Faq - Invertir En Bitcoin Canada. Bitcoin solo mining faq - Invertir en bitcoin canada Have enough hash power to do without a pool. What is Solo Mining How it Works for the miners in the bitcoin. 1 Goto Start> All Programs> Speedcoin Wallet and open Speedcoin Config File. Bitcoin solo mining faq. How to Mine Bitcoin on a Mac ... Low fee Ethereum Classic SOLO mining pool for GPU, ASIC and Nicehash. Fast payments, reliable servers, new block monitoring. Solo mining bitcoin asic. 5 Best Bitcoin Mining Hardware ASIC Machines (2020 Rigs) How to set up a bitcoin ASIC miner Get Started Bitcoin.com; Welcome to solo.ckpool.org! 6 Best Bitcoin Mining Hardware ASICs Comparison In 2017; 3 Best Bitcoin Mining Hardware ASICs For ... ASIC Bitcoin Mining Software; Bitcoin Cloud Mining Software; Examples of the best Bitcoin mining software for Windows, Mining software for solo or pooled mining. What is the best possible hardware you can use to mine Bitcoins? In this post we cover the top miners on the market for mining Bitcoin. We also conduct live I’ve searched all over bitcointalk for an answer to this question and I ... As a side project I decided to buy a secondhand Bitcoin ASIC, an Antminer S5, and give a shot at solo mining on testnet so that I could generate some coins. Unlike on mainnet, which has so much mining competition that youll probably never find a block, the difficulty on testnet is low enough that solo mining is worthwhile. The following instructions should work for any ASIC that uses cgminer ...

USB Bitcoin miners are available to buy, but they don’t really generate any significant profits. They’re a good choice if you just want to fool around with Bitcoin mining and miners like the ... Cpuminer download: https://github.com/pooler/cpuminer/releases As I mentioned in the video, be ready for your antivirus to get upset with this file. This min... We take a look at profitability of USB miner solo mining Bitcoin and Litecoin. What are the chances to find a block on your own own of 12.5 BTC or 25 LTC. Ch... In this video I am documenting Switching from Pool mining to Solo mining via 2miners.com will solo mining get more Pirl coins than mining in a pool? Donate To support the Journey Pirl Address ... *****UPDATE***** Solo mining has been removed from client. I'll keep the video up for how it used to work, it might still work for some alt coins (unsure) yo...